The Law Of Fraud 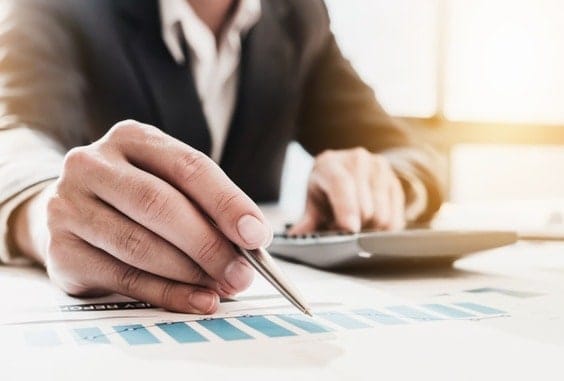 The Law Of Fraud

You have probably never heard of Hegestratos.  It appears he was a simple sea merchant, living around 300BC in Greece.  The only reason history records him is he has the dubious honour of having committed the first recorded incident of financial fraud.

According to historical records, Hegestratos took out a large insurance policy known as bottomry.  Bottomry (the name refers to the ship's bottom or keel), is a maritime transaction, whereby the owner of a ship borrows money, using the vessel as security.  If the ship sinks during a planned voyage, the creditor will lose out on the loan because the guaranteed security either no longer exists or exists in a damaged way.  However, if the ship returns safely, the lender will get their money back, plus interest.

Our friend Hegestratos cooked up a dastardly plan.  He planned to sell the cargo, sink his boat and keep the loan.  However, he was caught in the act of sabotage and was chased off the ship to his death by his crew.

We all have a conceptual idea of what fraud is.  It is defined as the use of trickery is used to gain a dishonest advantage, which is often financial, over another person or a business.

The law that governs fraud

The main pieces of legislation that cover fraud are:

What is common to all these offences is that conviction rests on the Prosecution or Claimant proving that the Defendant acted dishonestly with the intention of gaining an advantage for themselves (or another) or causing loss to the victim.

The Theft Act contains the offences of:

It is an offence under common law to conspire with one or more people to deprive a person of something which is legally theirs or they are entitled to.  The conspiracy to defraud offence can occur even if the intended fraud is never actually committed.  This makes it a popular choice for prosecutors in situations where there is little evidence to show that fraud actually

Who investigates and prosecutes criminal fraud in the UK?

Simple cases of fraud are handled by the police or, in cases of tax fraud, by Her Majesties Revenue & Customs (HMRC).

Police powers are governed by the Police and Criminal Evidence Act 1984 (PACE) and include powers of arrest, detention, search and seizure, and surveillance. The SFO has additional powers to order the handing over of documents or information by a company or individual.

The SFO can investigate and prosecute cases.  Fraud matters investigated by the police or HMRC are prosecuted by the Crown Prosecution Service (CPS).

What are the penalties for fraud?

Confidence fraud involves the perpetrator gaining the trust of the victim in order to defraud them, often through scams.  If you are convicted under the Fraud Act, the maximum penalty is a ten-year prison sentence.  If your offence falls under the Theft Act for false accounting, you could face up to seven years’ imprisonment.  Penalties of this length are rare, and usually involve large-scale fraud to the value of £500,000 plus.  If you have been convicted of a one-off incident of fraud that did not involve a vulnerable victim (such as an elderly or disabled person), you may be handed a community-based sentence or perhaps a six-month custodial sentence and/or a fine.

If you are convicted of banking, credit, and /or insurance fraud, the maximum sentence is 10 years’ imprisonment.  Long-planned operations with a financial gain of £500,000 plus is likely to see you face a prison sentence of between four and seven years.  For small-scale offences, the usual sentence is a community order and/or a fine.

Fraud is a serious crime and a successful defence requires an experienced legal team that understands not only your business but the market sector you operate in.  Investing in a specialist team that can support your in-house council can significantly improve your chances of limiting reputational damage and being acquitted of all charges.  Should you be convicted, a robust legal team can put together persuasive evidence to mitigate the sentence imposed.

Have you ever heard of forensic accounting? If not, it's a term to describe the process of using accounting skills […]

Employees who meet specific eligibility requirements have the right to make a Flexible Working Request.  Those employees then have the […]

An employer needs their employees to perform tasks to ensure the smooth running of the business.  However, the law does […]