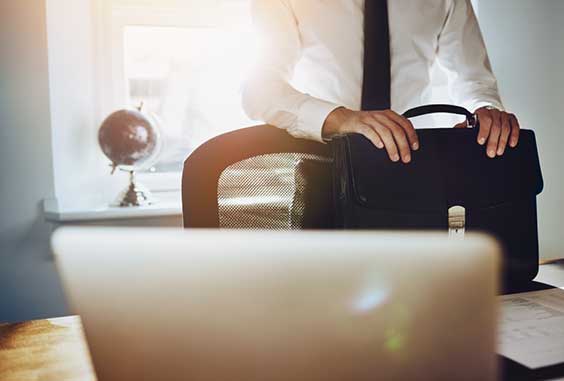 As trusted employment law advisors to a wide range of small, medium, large, and multinational businesses, we can think of few better examples of how not to handle the redundancy process than the recent dismissal by P&O without notice of 800 staff on 17th March 2022. Some former staff members are now claiming unfair dismissal and, in some cases, discrimination. Staff from four ports were affected, including those from Dover, Hull, and Liverpool. Concerns have been raised regarding how P&O Ferries handled the process, including the lack of notice and consultation provided. As a result, P&O are left with a considerable amount of negative PR and uncertainty regarding the amount and extent of any claims for unfair dismissal. Here we provide answers to some of the most pressing unfair dismissal questions we receive from employers.

What is unfair dismissal?

Under the Employment Rights Act 1996 (ERA 1996), employees who have completed the required qualification period have the right not to be unfairly dismissed. Dismissal is only considered fair if:

Dismissal may be classed as unfair where it is not for one of five “potentially fair reasons” under the ERA 1996 (see below) and where the employer acts reasonably in the view of the employment tribunal in using that reason. Where dismissal relates to misconduct or poor performance, the tribunal will take into account whether the employer followed the Acas Code of Practice on Disciplinary and Grievance Procedures when determining whether they acted reasonably.

What are the five potentially fair reasons for dismissal?

The ERA 1996 states that dismissal must be one of the five potentially fair reasons; these are: capability or qualifications, conduct, redundancy, breach of a statutory duty or restriction and for “some other substantial reason” (SOSR).

In addition, there are several reasons for dismissal which are automatically unfair (see below).

What are the reasons for automatic unfair dismissal?

There are several reasons for dismissal which are considered automatically unfair under the ERA 1996. These include dismissal due to jury service, family reasons (e.g. pregnancy or bereavement), health and safety, whistleblowing, working time (under the Working Time Regulations 1998), minimum wages, flexible working requests, time taken for training, recognition of members of a trade union, and many more. It is important to note that in the majority of cases, employees are protected from automatic unfair dismissal from day one of their employment, as there is no required qualification period.

Can an employer settle a claim for unfair dismissal early?

Yes, you may be able to reach a settlement of an unfair dismissal claim where the Acas early conciliation (EC) process applies. In such cases, Acas will endeavour to facilitate a settlement of the matter without the involvement of the employment tribunal. If this is not possible, the claim can then be referred to the tribunal. It is not possible to use Acas early conciliation, however, where a former employee brings a claim for unfair dismissal and is seeking interim relief.

Is there a time limit for when unfair dismissal claims must be presented by the claimant?

In most cases, in accordance with section 111(2) of the ERA 1996, most unfair dismissals must be brought within three months of the “effective date of termination”. The tribunal may use their discretion if they are satisfied that it was not reasonably practicable for the claimant to bring the claim by the time limit.

Who does the burden of proof for unfair dismissal rest with?

The burden of proof lies with the employee and employer. The employee must first show the tribunal that they were dismissed expressly or constructively. Once this is established, it is for the employer to demonstrate:

It is then for the tribunal to determine whether the employer followed a fair procedure and if they acted reasonably in treating the reason as sufficient for dismissal.

What are the main remedies for unfair dismissal?

Where the employment tribunal agrees that dismissal was unfair, they will consider whether to recommend 1) reinstatement, 2) re-engagement, or 3) compensation. Where a reinstatement order is made by the tribunal, the employer is required to treat the employee as though they were never dismissed. In this case, they are legally required to re-employ the individual on the same terms and pay and with full continuity of employment. Where a re-engagement order is issued, the employer is required to place the claimant into comparable or other suitable employment. In the majority of cases where unfair dismissal has been established, however, the tribunal will grant a basic and compensatory financial award.

If you have received a claim for unfair dismissal, seeking the support and guidance of an experienced employment law Solicitor is essential in protecting your interests and avoiding any reputational damage. Likewise, if you are considering a restructure of your organisation, it is important to ensure that the process you follow does not leave you open to any claim of unfair dismissal.